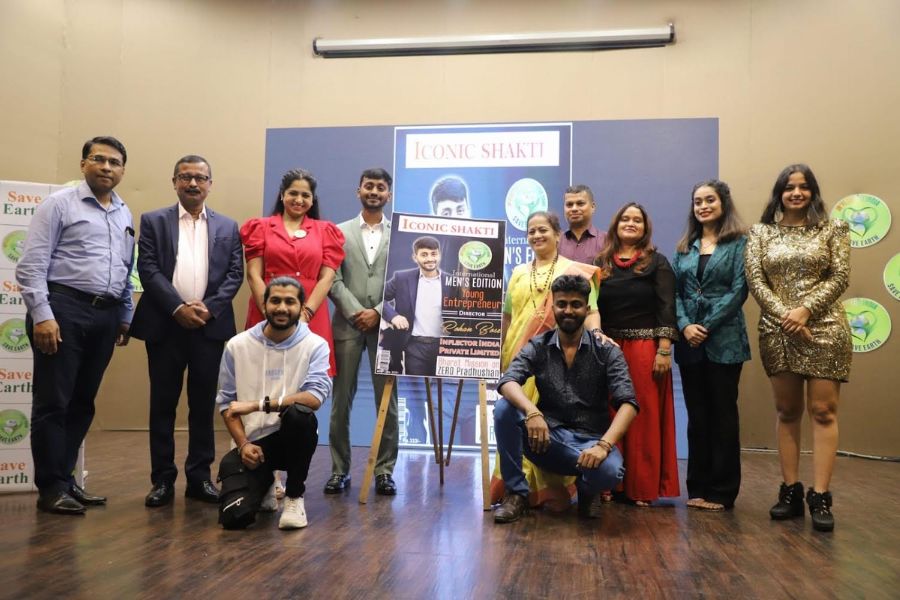 The major moto at the event was to uplift young entrepreneurship in order to felicitate young achievers; Hon. Former Mayor of Mumbai Mrs. Kishori Pednekar was invited as a Chief Guest who also revealed the cover page of the magazine (Men category), and the entire event was hosted by the leading anchor, Simran Ahuja.

Mayank Verma, a well-known actor who has been a part of many prominent daily soaps, was invited and felicitated as a Celebrity Guest; a few other famed celebrity guests were Sana Sultan and Eshan Masih.

The Jury of the Award show Dr. Hemali Joshi launched a unique Chemistry game which was designed by 11:11 Advertixingzs. Few other outstanding personalities that were felicitated and invited as Guest of Honour were Prachi Narkar, Viral Shah, Shabina Shaikh, Meenakshi Dubey Pange and Sangeeta Pawar.

Priyanka Sangeeta Vishwakarma has stayed dedicated to the magazine’s concept of uplifting the youth to bring a progressive change, and so she made an efficient choice by launching young and dynamic personality Mr. Rohan Bose – Director of Inflector India, as the cover feature of Iconic Shakti Magazines first ever men’s edition. Inflector India is a marvellous initiative towards building a future that is “Greener and Brighter”, and it promotes the idea of the “Bharat Mission on Zero Pradution”. He was accompanied by his father Mr. Swapan Bose, who also is the founder of Inflector India. He was felicitated along with two of their team members, Dr Sandeep Choudhury and Chinmoy Dutta.

Inflector India is a distributor of solar shades that are thermal radiate heat barriers, which is a 0-investment efficiency upgrade, this technology is designed by NASA and is majorly used in the form of glass panels and thermal holes as they tend to grab excessive indoor heat, which again is a major cause of high electricity bills. And one of the strong reasons behind the ongoing issues of global temperatures and in a way towards finding a solution to this crisis, Rohan has innovated a green technology-based solution by channelising the idea of Inflector Solar Shades, whose application allows the cooling of interiors when attached to windows or glass panels during humidity and alternatively absorbs heat to preserve warmth naturally in winters. Altogether this product results in various positive aspects like lower energy consumption, is a complete cost saver and promotes a greener environment for the beneficiary of our country.

Inflector solar shades hold a full warranty for up to 12 years along with 25 years of lifespan and are proven to have reduced 30%-35% carbon emissions. These Inflectors can be used in many categories like Residential buildings, Governmental structures, Vehicles, IT, MNC, Airport & Corporate companies and hotel industries.

Hon. former Mayor of Mumbai was highly impressed by the resourcefulness of Inflector India and encouraged the audience to make the most use of the product.

The Editor-In-Chief Priyanka Vishwakarma was overwhelmed by the response at the event and expressed that she feels proud to have associated with Inflector India as she has always promoted products and services being an advertiser, but for the very first time, she could promote a plan that is of immense advantage in aspects to save our planet Earth and mother nature.

Iconic Shakti also launched a special edition dedicated to kids, where the magazine interviewed around 17 multi-talented kids and also felicitated them to honour their capabilities.

The overall event was a big hit, and Iconic Shakti is all set to search for its fresh cover features in all three categories (Women, Men, Kids) for its upcoming January edition.

Dr. Deepak Singh’s Book ‘His Holiness THE DALAI LAMA and His Footstep’ Is Getting Rave Reviews*

Step into the world of Cancatia!