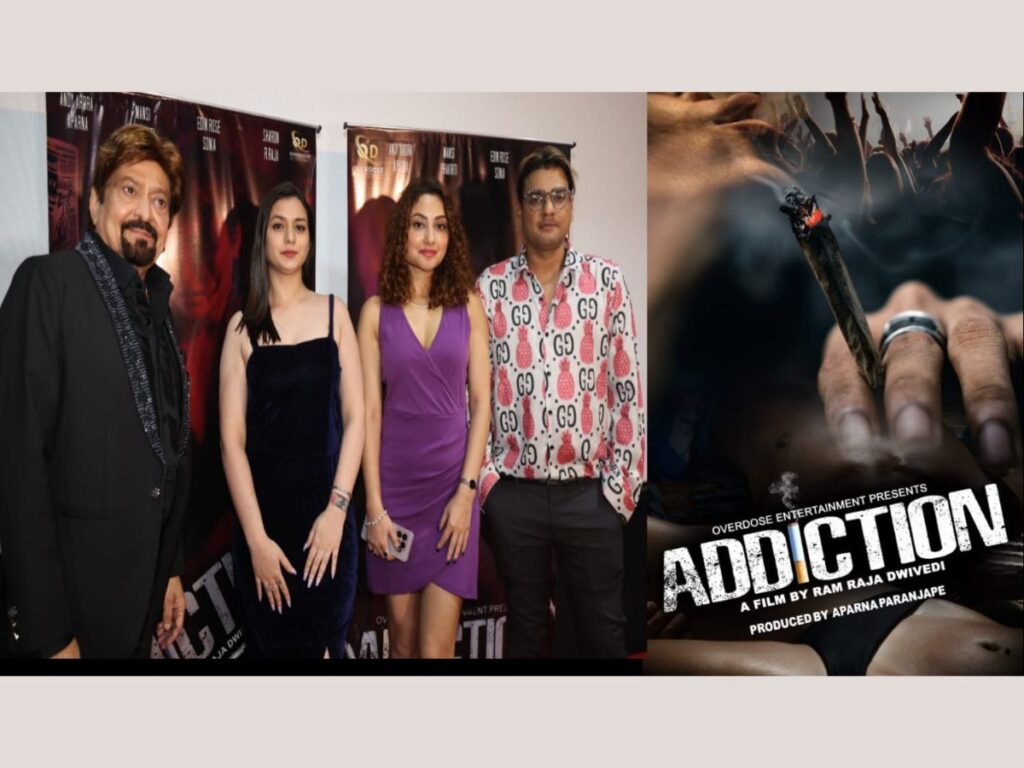 Since the release of the trailer of the film Addiction, good reviews from the audience have started going. Watching the trailer, it can be guessed that this is a dark film. Both Andy Arora and Aparna Paranjape have given excellent performances in the lead roles of the film. Apart from these, actors like Edin Rose, Mansi Vitankar, Sharon, Soniya Kashyap, Prakriti, Mridula Oberoi, Riva Desai, Nishu Agarwal will be seen in the film.

The film’s writer and director Ram Raja Dwivedi told the media that he always wanted to work on a unique concept. From writing to direction, he has worked hard with the entire team on the film Addiction. The story of the film revolves around the dark web, drugs and addiction of girls.

The film’s producer and lead actress Aparna Paranjape told that she is playing the role of Maaya in this film. She said that this role has been the most challenging for her in her acting career so far. The actress told that Maya’s character is the character of a bold girl, who is indulging in drugs and other habits.

‘Lakiro’ to be the First Gujarati Film to Launch NFTs

Monica O My Darling received tremendous response from the people; Sanjay Routray is overwhelmed by the love

Monica O My Darling received tremendous response from the people; Sanjay Routray is overwhelmed by the love